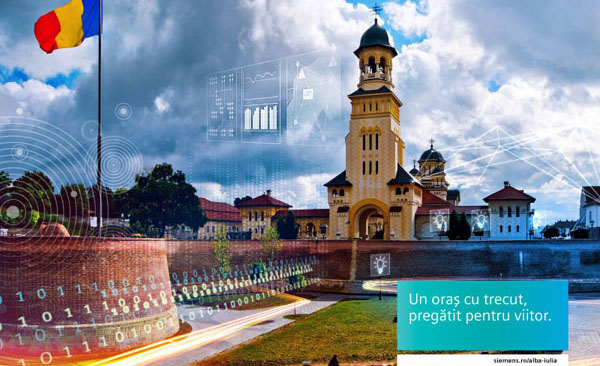 The first intelligent city in Romania, a model for the whole country. The city loaded with history of the future.

Energy consumption has been streamlined, and local government controls the intensity of light from public posts. Buses are more welcoming with travel (WiFi), monitor air, projects to digitize education, and interact with public institutions.

The e-album iulia, a kind of digital guide, tells you the story of the goals, but also where you find them. Also, in Alba Iulia, you can talk to the authorities, without appointment or waiting hours in front of the office, when you want to signal a dissatisfaction and follow the stage of solving the problem. 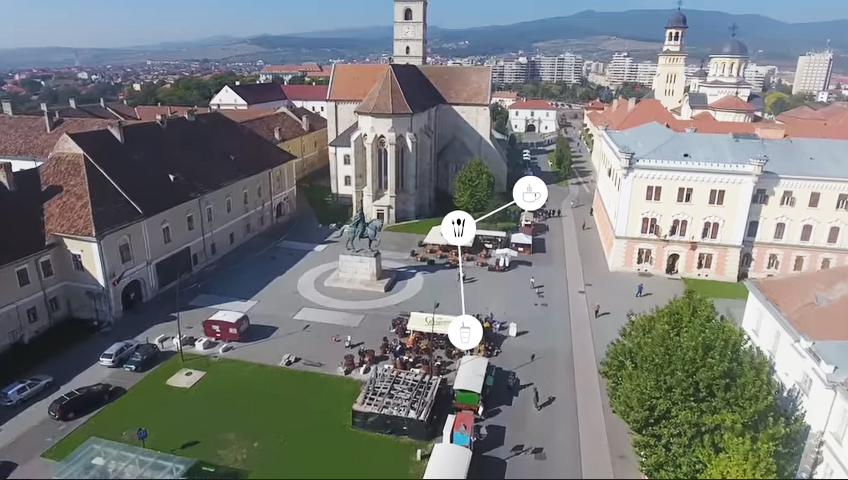 Telecom operator Orange announced on Wednesday that it has completed the first stage of the Smart City Alba Iulia 2018 pilot project. In this framework, 14 innovative technological solutions were implemented within only one year.

According to a communiqué of Orange, at present in Alba Iulia there are over 600 sensors which, together with fixed and dedicated mobile communication networks, create a digital infrastructure of the city.

"In almost one year of Wi-Fi hotspots on buses, about 8% of the 60,000 Alba Iulia population has accessed the service, generating more than 1 TB of data in 30 minutes' sessions, notes Orange in the release.
Digital Governance

In the "Digital Governance" chapter, through new technologies, residents of Alba Iulia can communicate more easily with authorities on public interest topics through the Wi-Fi connection platform.

So far, nine surveys have been carried out involving over 4,300 users of public transport.

With the Civic Alert application, citizens can alert authorities to the problems identified in the city, while through City Analytics, the City Hall can track city traffic trends, depending on the day's weather or weather conditions, also identifying the most common routes.

In addition to using the catalog for the 2017-2018 school year, school performance data for the past three years has been uploaded into the app. Altogether this year, 120 teachers and almost 1,500 students will benefit from this solution in Alba Iulia. With e-album iulia, available on Android and iOS, tourists have access to information about the city's main objectives, and local businesses can hold dedicated campaigns.

At this time, the app has 1,200 users who initiated over 11,300 sessions. In addition, as part of the pilot project developed by Orange, four teams of students and students from Alba Iulia presented solutions on the smart city at the Innovation Labs hackathon, and one of them qualified for the Demo Day 2017 final in Bucharest " , according to the Orange Romania release.

In Alba Iulia, air quality monitoring sensors are also installed in the 15 buses equipped with Wi-Fi hotspots. The solution provides both authorities and citizens with information on the impact that their daily activities have on the environment.

What does Smart City mean?

The Ministry of Communications and Information Society (MCSI) published for the first time at the end of last year the Smart City Guide, characterized by the authorities as a community assessment tool and an overview of the best international practices in this field. The document has practically laid the foundations of the most ambitious IT infrastructure project, and not only, which will take place on 1 December 2018, at the Centenary of the Great Union, in Alba Iulia.

"Alba Iulia Smart City 2018" means a national project aimed at building the most modern and intelligent city in Romania. It also builds on the development of public-private partnerships that will lead to the integration of solutions from different sectors of activity at local and regional level.

In the Smart City, technology is not necessarily a luxury, but it has proved to be simplifying our existence and making it less costly in many ways.

Smart and Technological means more educated, healthier, less expensive, more involved in everything the public administration process means, more opportunities for the business and citizen, benefits that translate into improving the quality of life - an easier and easier interaction friendly people with the city, with the environment, with the peers and oriented towards a future supported by integrated intelligent technologies, noted the municipality in the guide of the pilot project "Alba Iulia Smart City 2018".

The concept goes beyond the relationship between citizens and public service providers and provides the tools that encourage citizens to be more active and more participatory in community life. For example, provide feedback on road condition, adopt a healthier lifestyle, or participate as volunteers in various social activities. In this way, a Smart City ("A Smart City") will be a more attractive place to live, work and recreate, the Pilot Project Guide says.