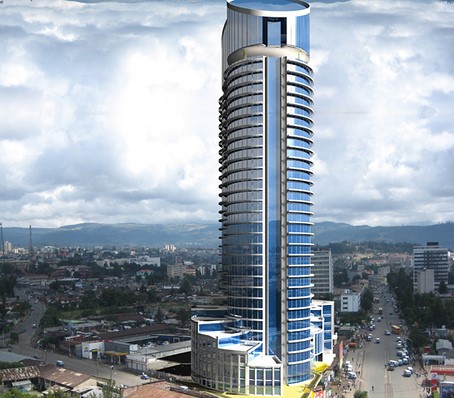 “Being one of the early civilizations, the cradle of human being, the source of Blue Nile, and pleasing environment and beautiful geographical structure” makes Ethiopia especially Bahir Dar fit for the project, Kamil said.  “Most importantly the geographical position [of Bahir Dar] most resembles with the city of ‘WAKANDA’ in the film called Black Panther”, he noted.

Mikal Kamil, Co-founder of Hub City Live- Ethiopia said at the workshop dedicated to the launching of the program today that the project aims to establish Ethiopia as the first African technocrat government.He said that “It is aimed to build technological futuristic city with indigenous Ethiopian technology and autonomous economic region that would benefit the youth and the country.”

Science and Technology Minister Dr. Getahun Mekuria said that the project is very necessary for our country, in which its urban population is significantly increasing through time.Establishing technologically advanced cities will have great advantage to improve the lives of people and in creating job opportunities for the youth, he added.

The center is expected to house various technological innovations that are widely used in the world.It would also serve as a learning center for various persons and institutions acting in the areas of science and technology.

The ministry, the federal government and Amhara regional government work together for the realization of the project that projected to cost two to three billion US dollars, he further stated.

The project is expected to be completed eight to ten years.